Fighting for Health Care for All in the Age of Trump
By Christine Miranda on April 11, 2019 in Featured

Nineteen unions representing nearly 10 million workers have stepped up to endorse HR 1384 The Medicare for All of of 2019. This means that a majority of union members are now represented by unions that support Medicare for All.

What has caused this sea change? Unions 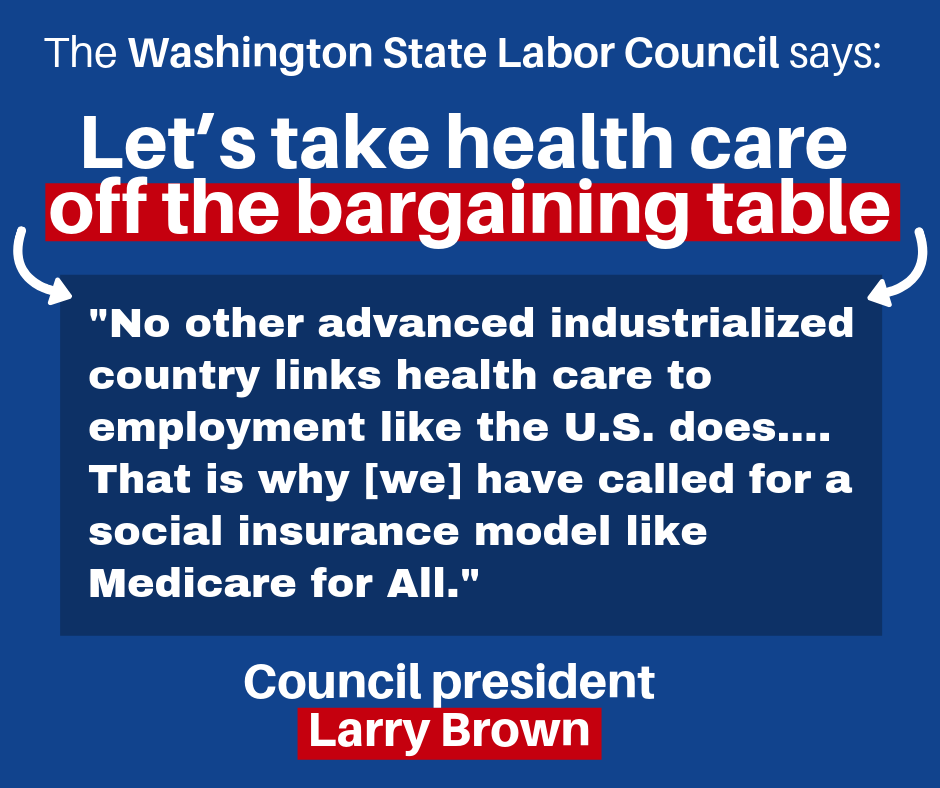 have come to the conclusion that the time has come to take healthcare off the bargaining table by making it a right for everyone in America.Washington State Labor Council President Larry Brown laid it out in a recent Op Ed: “(H)ealth care has become the biggest cause of strikes, lockouts and concession bargaining. Health care costs drive wage stagnation as unions routinely trade off wage increases and other benefits in order to maintain basic health care for their members and retirees. Unscrupulous non-union employers gain an unfair competitive advantage over worker-friendly businesses by shortchanging their own employees’ health care benefits…Unions do not serve their members well by trying to circle the wagons around an unsustainable model of employment-based health care.”

The Labor Campaign for Single Payer believes that unions must lead the fight for healthcare justice by committing organizational resources and mobilizing political support for Medicare for All. A majority of the labor movement agrees with us. Is your union on the list?

Contact us at organizers@laborforsinglepayer.org for suggestions on how to get your union involved in this historic fight.

View all posts by Christine Miranda →